My first Sunday school teacher at Trinity has died.

Brady Drummond was such a welcoming and friendly 30-something young man when the Shaw family moved to Rome in February of 1962 and my dad became pastor at Trinity. As an almost 15-year-old I was assigned to the youth Sunday School class which met in the old frame parsonage building on the corner of Avenue A and Turner-McCall Boulevard. Mobley Hall and its parking area occupy that space now. “Buster” (as we called him at the time) was our Sunday school teacher.

When a decade later Sheila and I married and moved back to Rome and rejoined Trinity, we found Brady and Barbara still pillars of our church.

Once a year there were flowers placed in memory of Billy Walden. Billy was one of four Rome teens who were killed in the horrible Winecoff Hotel fire in Atlanta. Buster grew up in Rome and had been a friend of Billy. Buster made sure his friend was remembered even many decades later.

We also got to deal with him after he began working at Davis Core and Pad when we had an occasion to need some styrofoam. I was having some back issues, and we had read that you could replace a standard box springs with a thick slab of styrofoam for firmer support under the mattress. We decided to try it and Davis C&P had what we needed. Thirty or more years later we still sleep on it.

When Sheila and I bought our 1969 house on Avenue A, Brady and I commiserated sometimes about the challenges and joys of owning an old house.  And when Mother retired to Rome in 1997, she reconnected with the Drummonds again and enjoyed their friendship.

Brady always had a smile and kind words. And he was a great supporter of the choir giving many nice compliments over the years. It has felt wrong during these last months that he and Barbara have not been smiling from their regular seats there to the right as we look our from the choir.

Brady was a fine man whose legacy will live on . We will miss him.

Visitation is at Daniel’s today from 5- 7. The funeral is tomorrow at one. The choir will sing.

Posted by Terrell at 2:41 PM No comments:

I first published this post on Christmas morning 2020 -- in the middle of a pandemic and coup attempt.

We are watching "It's a Wonderful Life" on Christmas morning while we enjoy our usual and delicious breakfast -- egg frittatas with salsa and yoghurt and toast and a big cup of coffee.

What a great movie for this Christmas. Mr. Gower's son has died in the influenza pandemic. Good ol' American free enterprise capitalism tempered by the common good is represented by Bailey Savings and Loan in opposition to the heartless, selfish, tyrannical, unbridled capitalism of Mr. Potter.
After Peter Bailey died his photo was displayed on the wall of the Savings and Loan office with this quotation posted below it: "All you can take with you is that which you've given away" - Peter Bailey 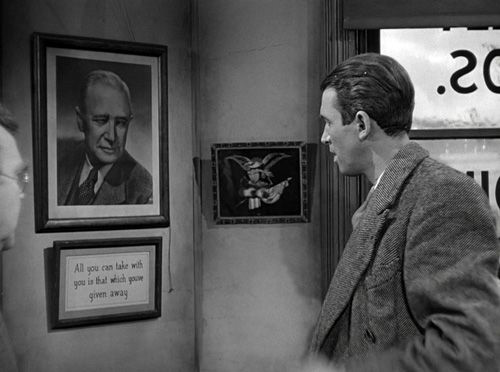 This movie always makes me think of what I love about American free enterprise as reformed and reimagined during the times of the two Roosevelts and later. I am so thankful for the labor movement and those who helped end the "Gilded Age". I'm thankful for the GI Bill which so changed my life. Without it what would my family's experience have been? Social Security? My granddaddy made less than a thousand dollars a year as a barber in the late fifties. He died at 67 so he likely never got a lot from Social Security, but it certainly helped my grandmother, his widow, who lived to 91. I am thankful for the public education I received at litte Mackville KY, in Griffin GA, Ellijay GA, and Rome GA. I am thankful for the interstate highway system that saves me hours of time and bouts of carsickness travelling through Tennesee and Kentucky the last fifty years or so. The combination of free enterprise and strong regulation and protections for labor and attention to the common good have made my life more comfortable, more healthy, richer in experience, and safer.
Sheila and I have tried our hand at entrepreneurship twice. We loved being able to follow our dream for two years (with our partners) publishing a weekly newspaper (Broadside) here in Rome. 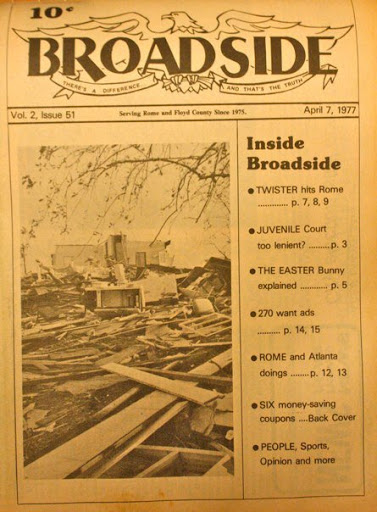 Then later we spent eleven years trying to make a living publishing a community magazine (Out & About Georgia's Rome) and doing some "desktop publishing". 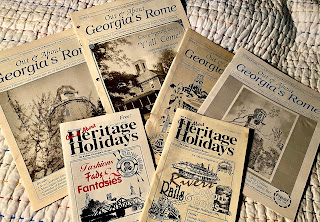 Though neither of our efforts were commercial successes we are proud of some things we accomplished along the way, and treasure some of the friendships that resulted.
I believe in the power and the necessity for a healthy free enterprise system. BUT free enterprise MUST be tempered with strong regulation for the common good. Without strong protections for labor, for the public health, for environmental safety capitalism can be every bit as tyrannical as unbridled socialism.
There are some areas where the profit motive can be toxic, and health care is one of those areas. If free enterprise is going to be part of our health care system it must be strongly regulated and we must guard against healthcare and insurance and pharmaceutical business interests gaining undue influence in government. Likewise the famous military-industrial complex that Ike warned us about. (If you haven't listened to Ike's speech take the time to hear how a real president approaches passing the torch to another president of a different party.)
Ike ended that farewell speech with these words:

"We pray that peoples of all faiths, all races, all nations, may have their great human needs satisfied; that those now denied opportunity shall come to enjoy it to the full; that all who yearn for freedom may experience its spiritual blessings; that those who have freedom will understand, also, its heavy responsibilities; that all who are insensitive to the needs of others will learn charity; that the scourges of poverty, disease and ignorance will be made to disappear from the earth, and that, in the goodness of time, all peoples will come to live together in a peace guaranteed by the binding force of mutual respect and love."

Posted by Terrell at 5:47 AM No comments:

Sheila and I drove by the Elections Center yesterday to find a VERY long line out the door around the front of the building and way out into the parking lot. So we decided to wait and vote today. We were surprised to find a line again at noon today. But it seemed to be moving well. So we joined the throng. It was nice to fid ourselves with Tommy Bright and Bob Steinbruegge. Tommy joined the McHenry faculty on the same day that I did in August of 1971. Bob is the hubby of my co-worker/frioend/fellow teacher Kathy. A chance to catch up again with these two made the time pass quickly. Sheila estimates that it took us about thirty minutes from getting in line till we exited the center.
I also enjoyed seeing other friends there including Virginia McChesney, Tony Pope and Sylvia Garrett who are poll workers.
Now we must get out the vote. In my book it would be tragic to lose Raphael Warnock -- not only would Georgia lose a principled and articulate leader in the Senate but we would represented by a laughing-stock, an ignoramus, wannabe fascist whose only qualification is his former prowess in running with a football.
Posted by Terrell at 6:18 PM No comments:

How this ol' Grandshaw has enjoyed these pictures from a November 13 photo shoot. 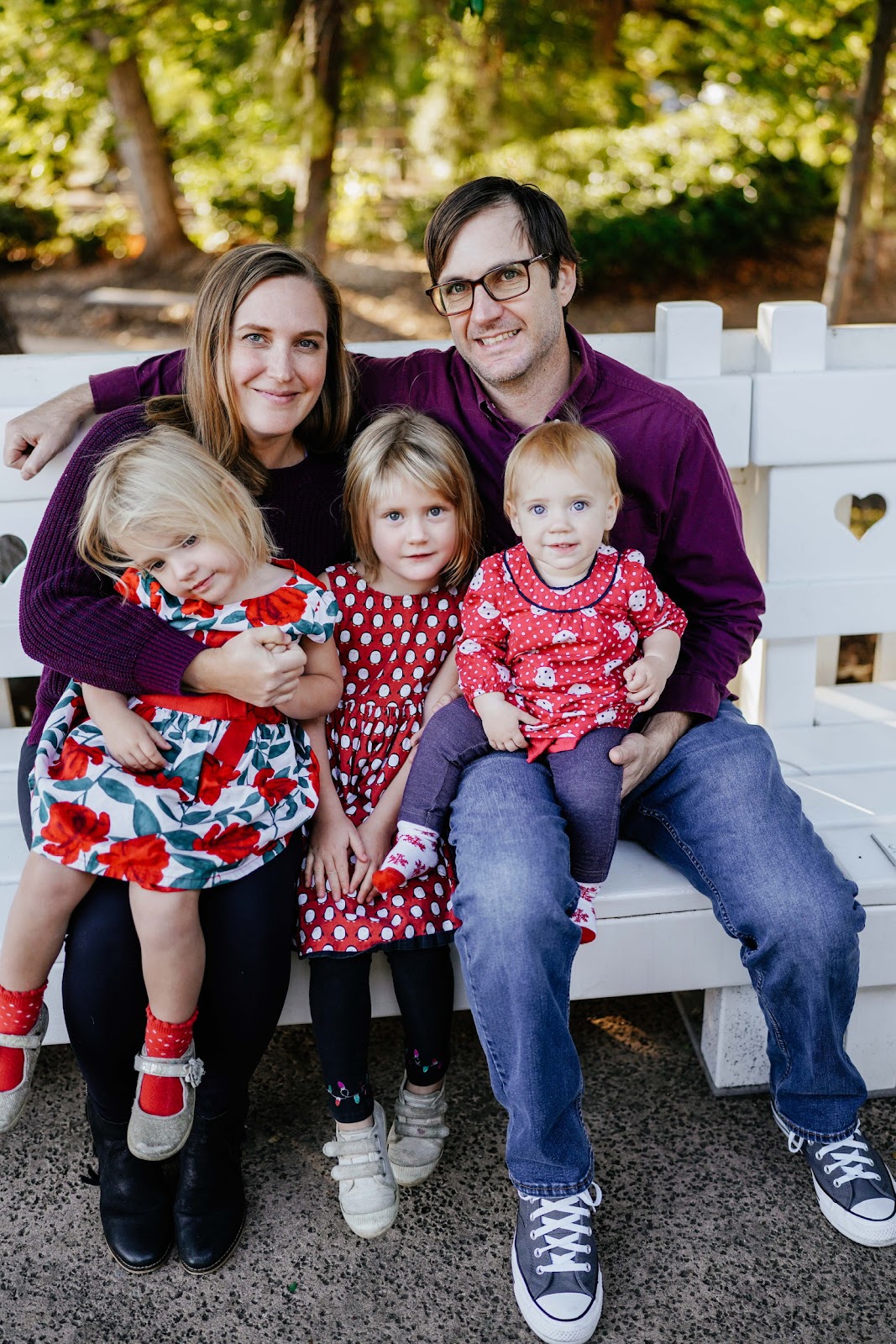 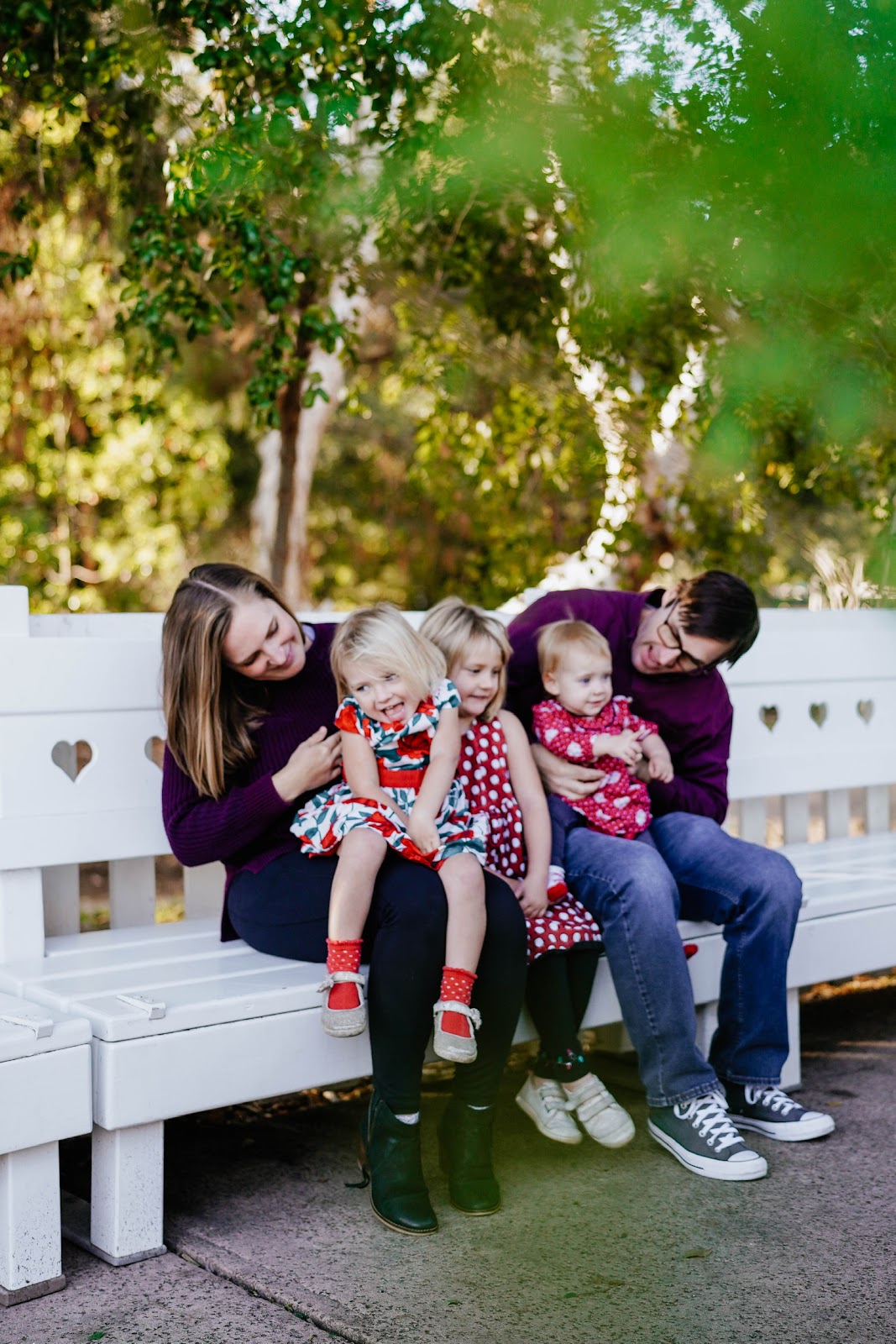 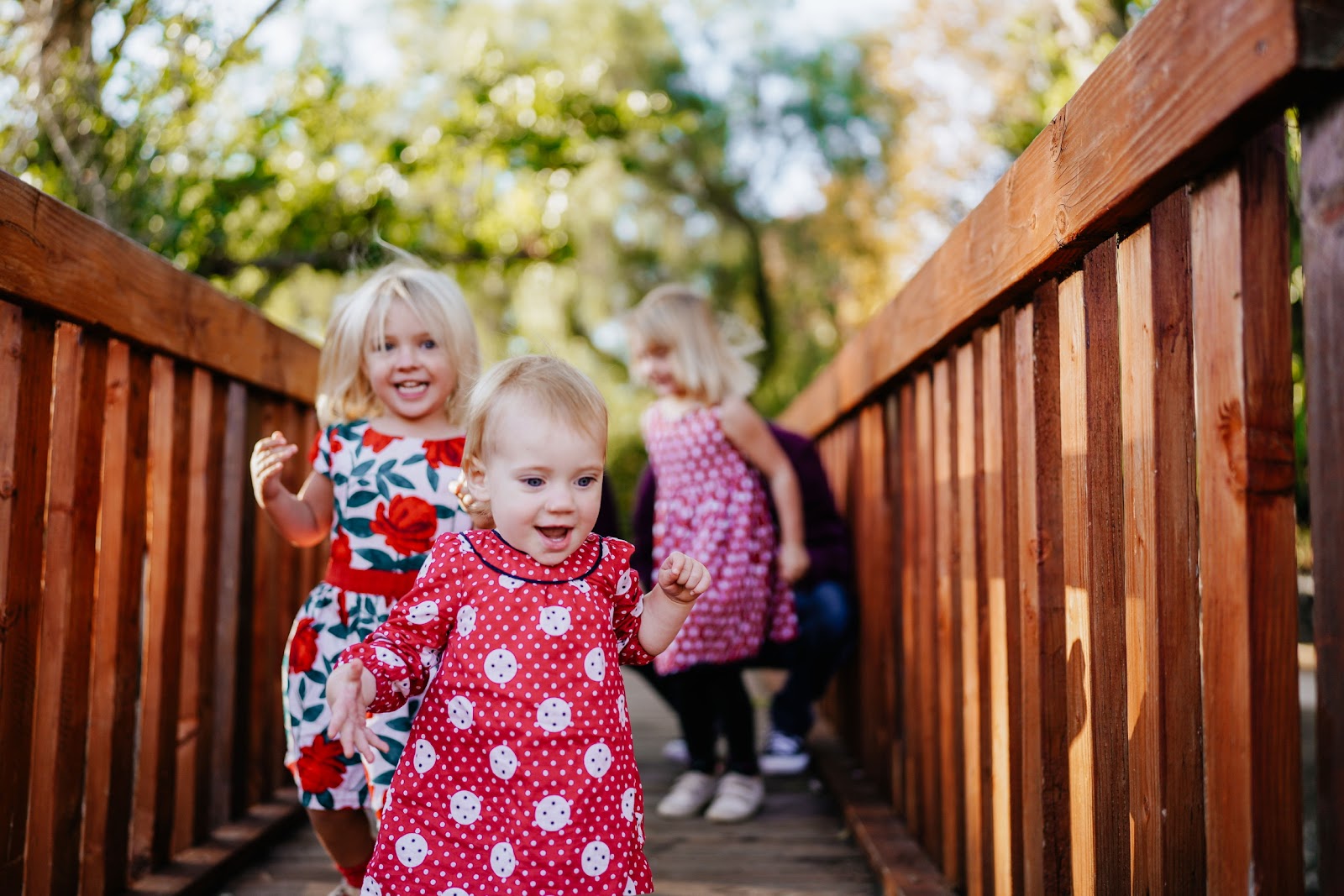 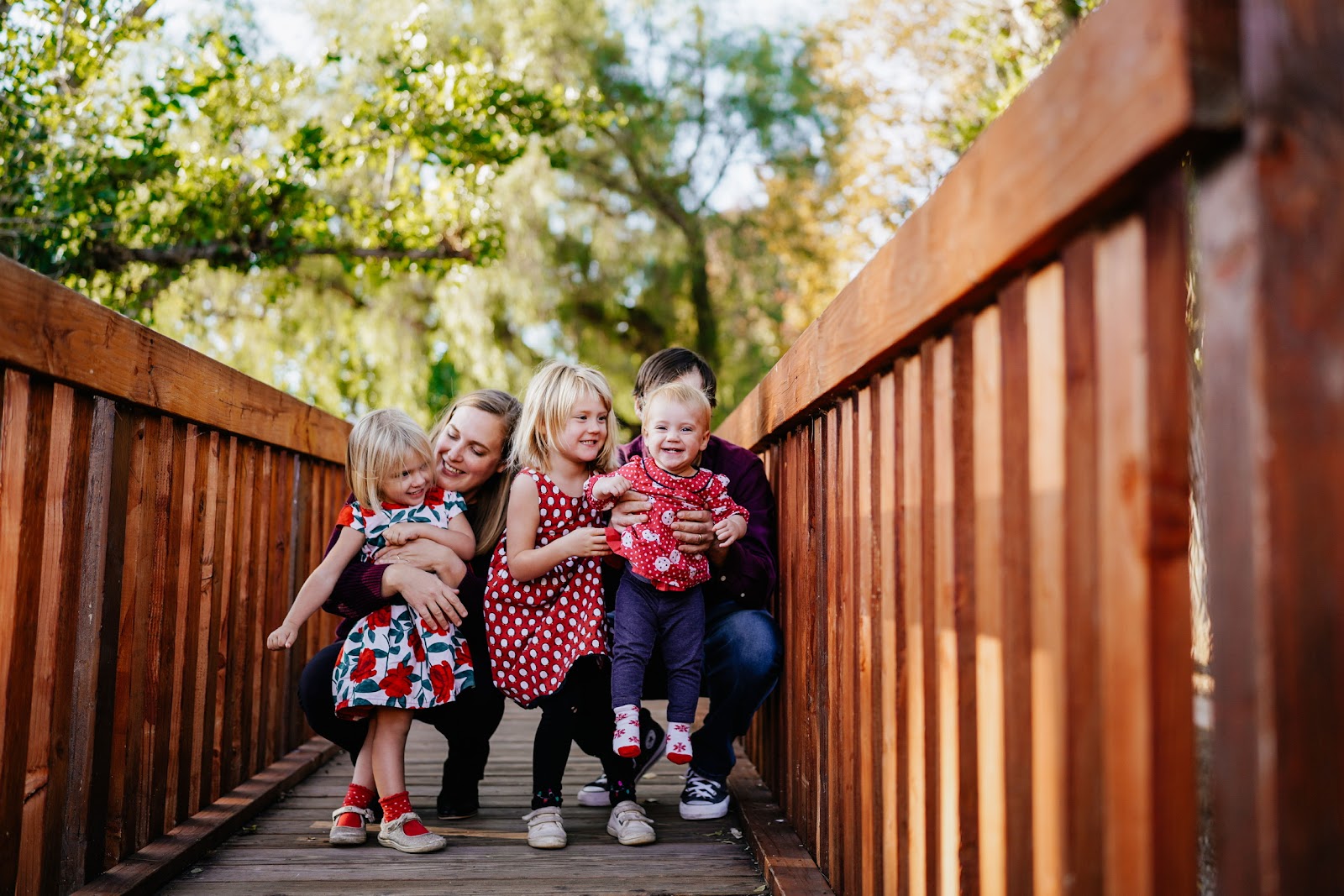 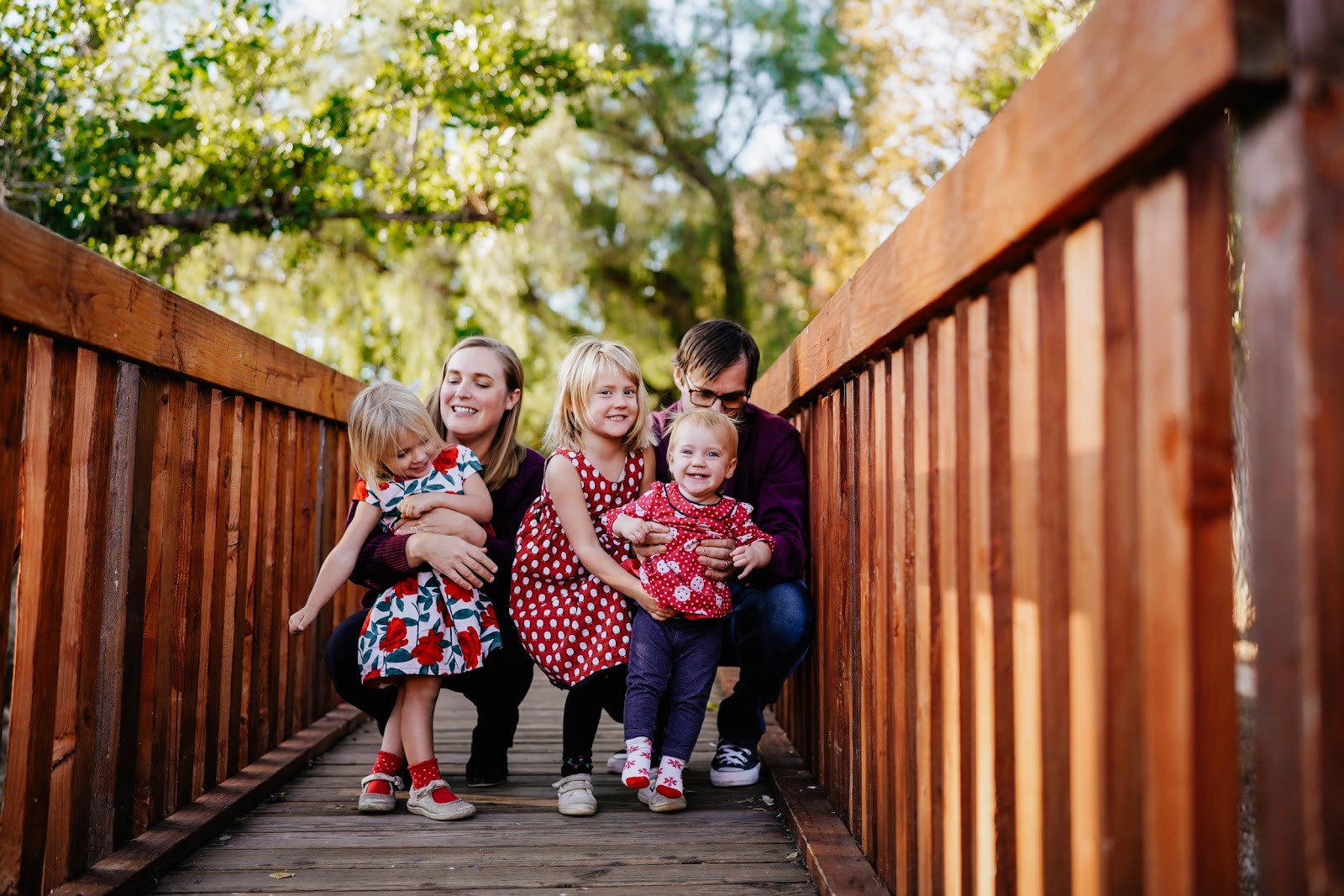 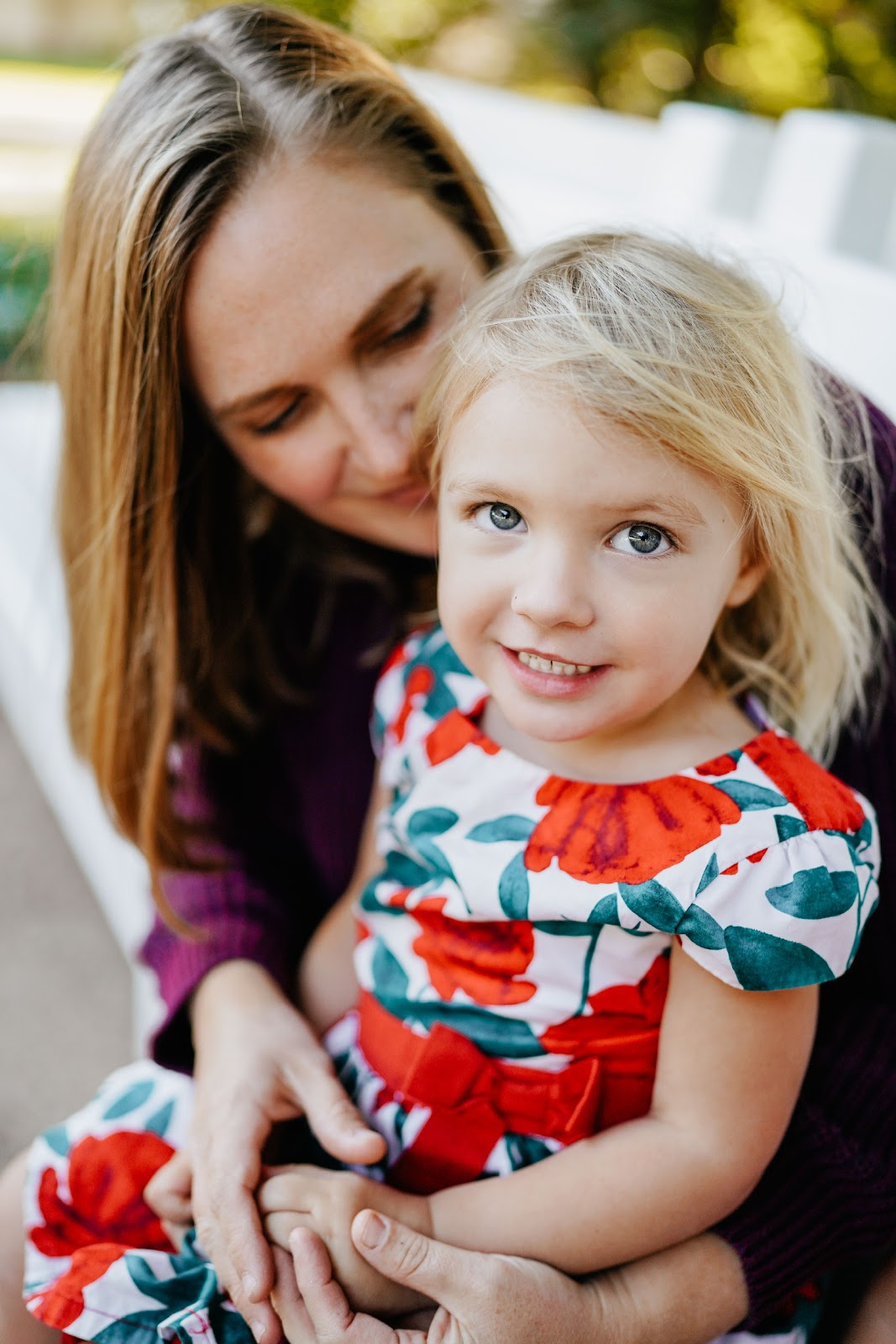 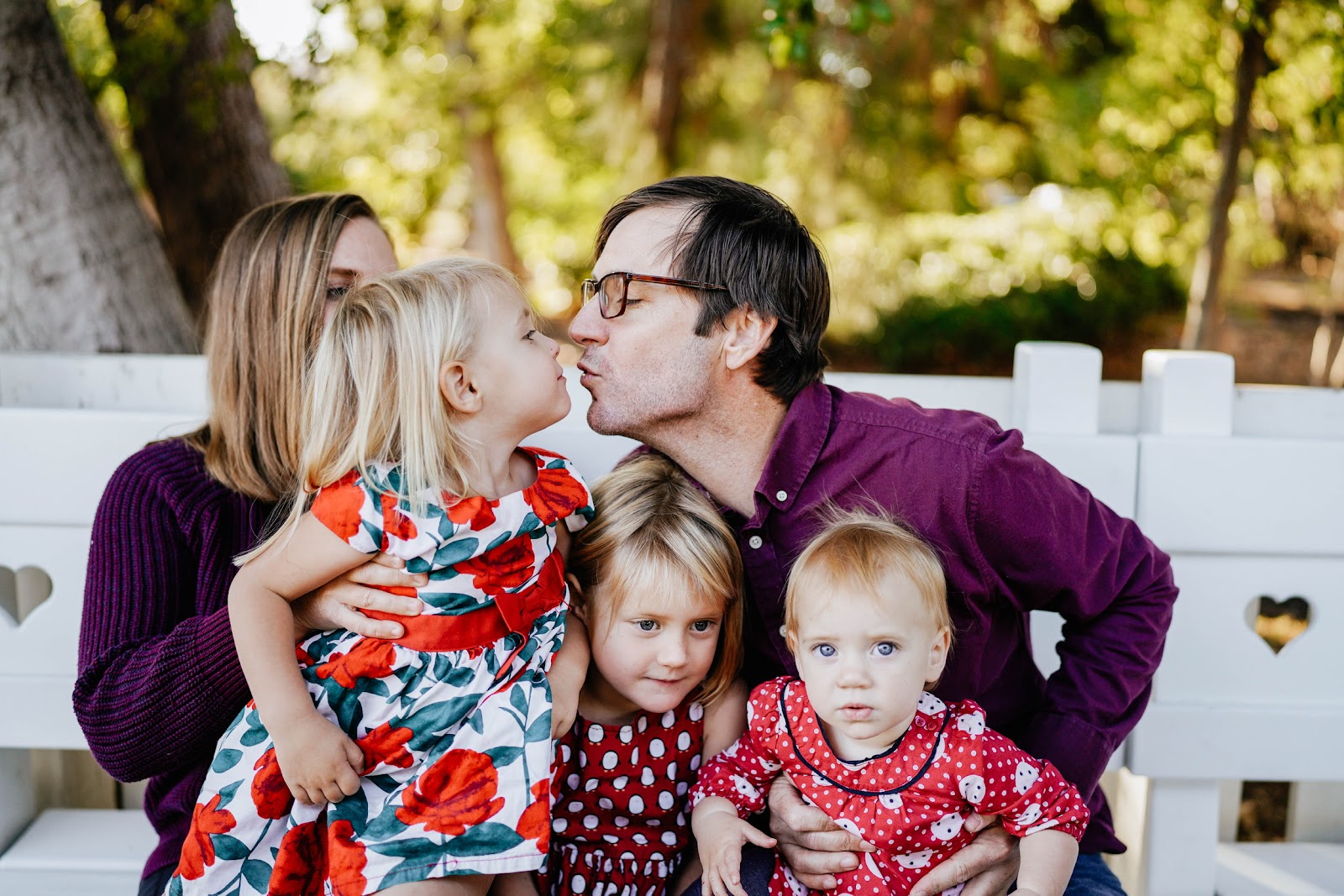 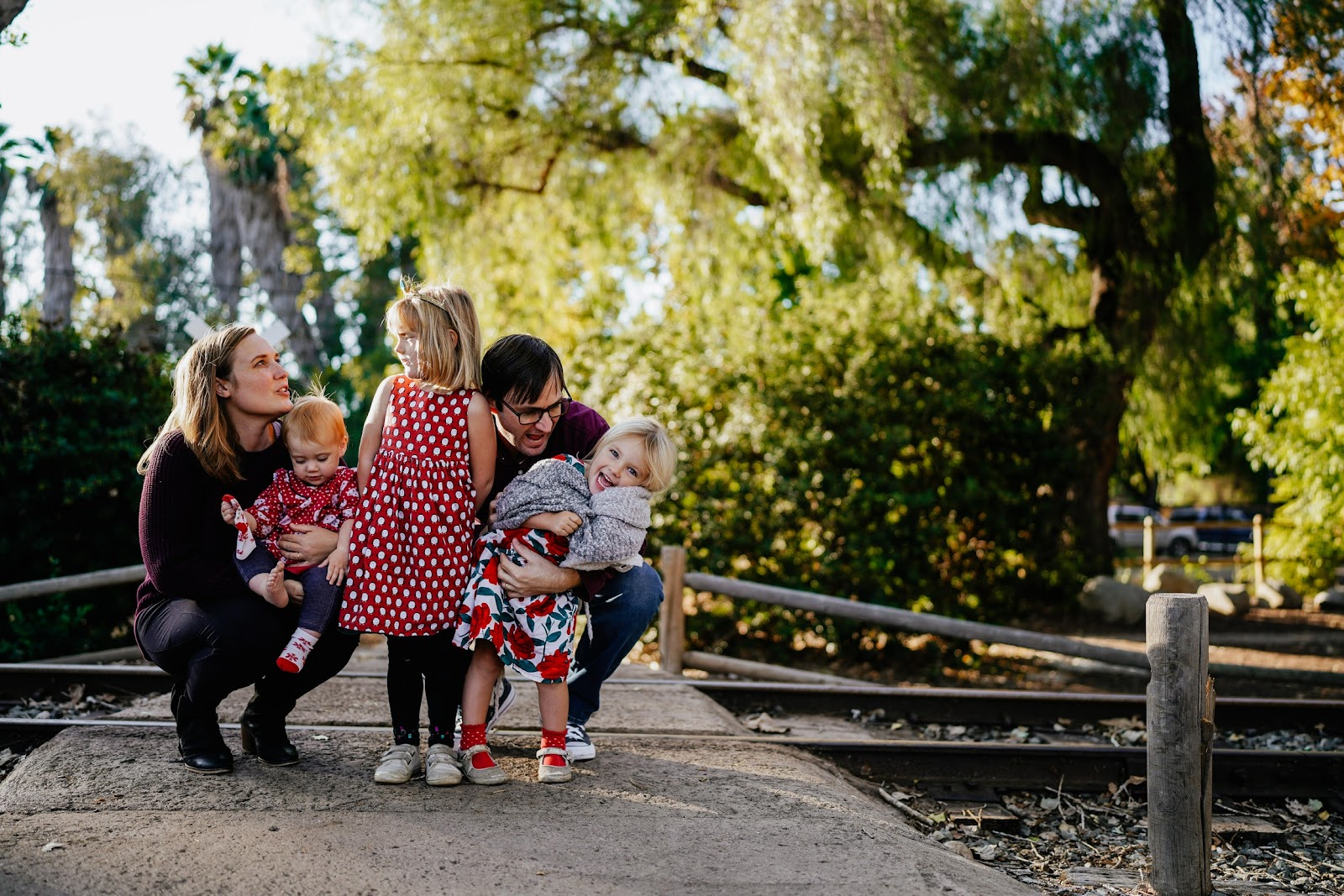 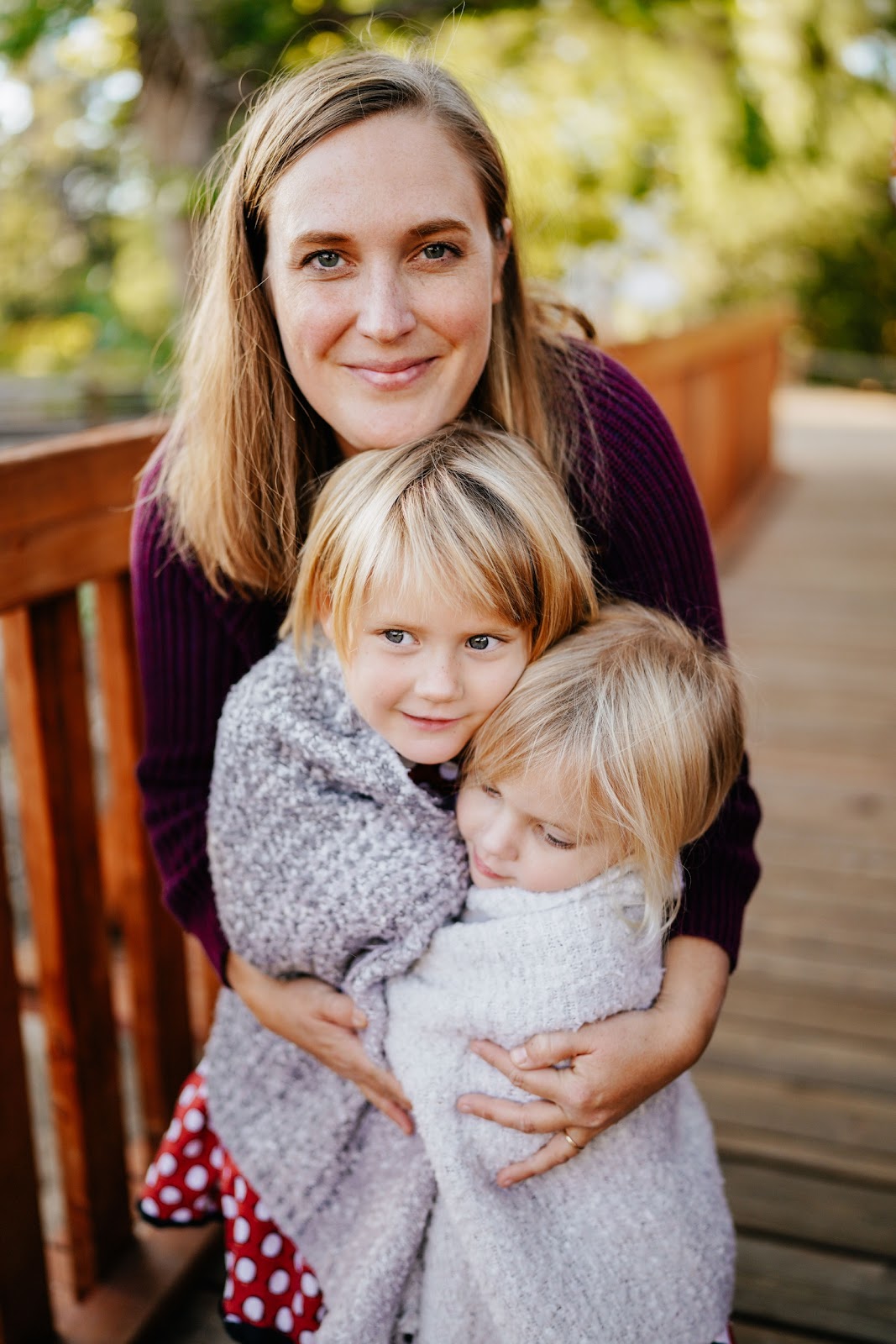 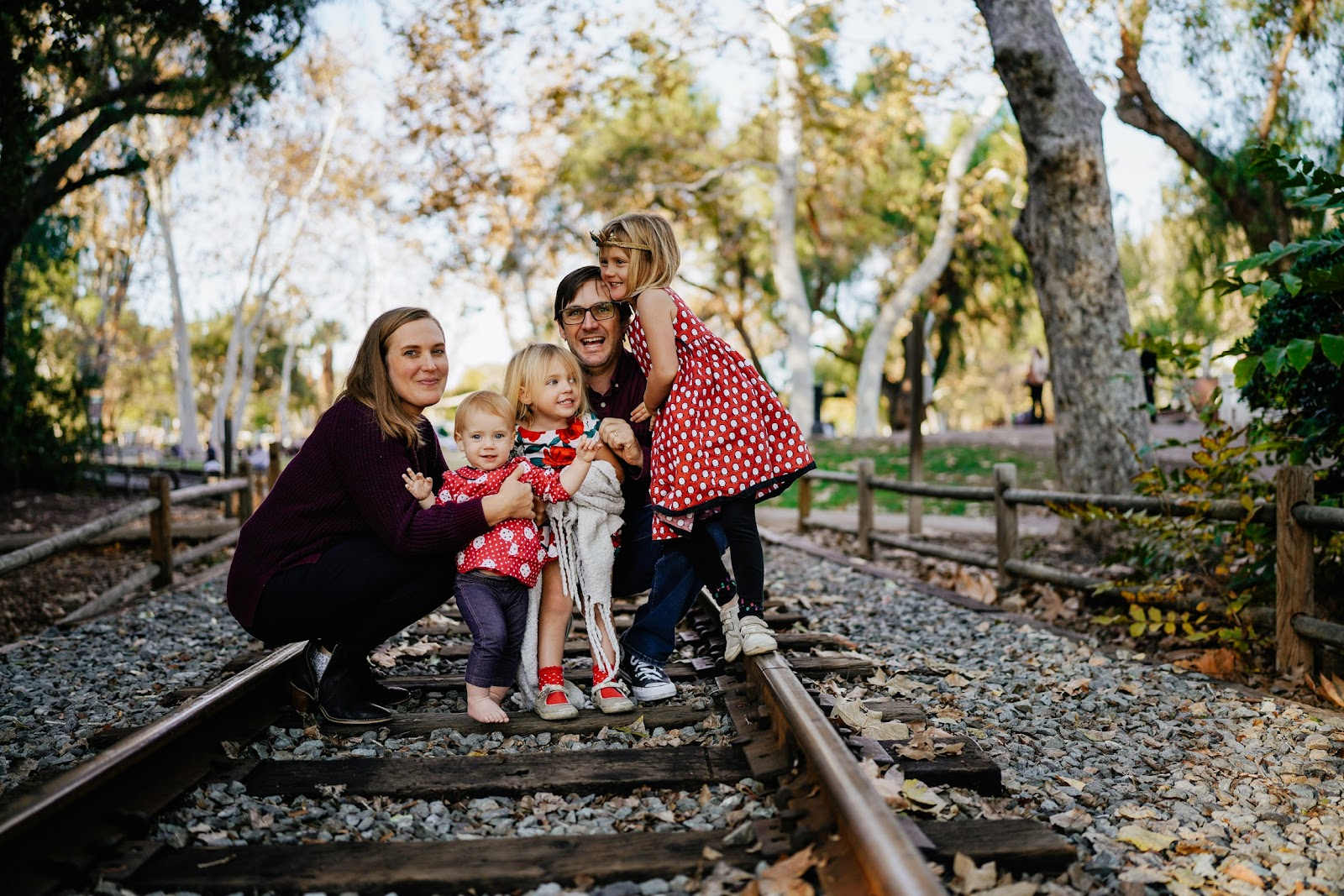 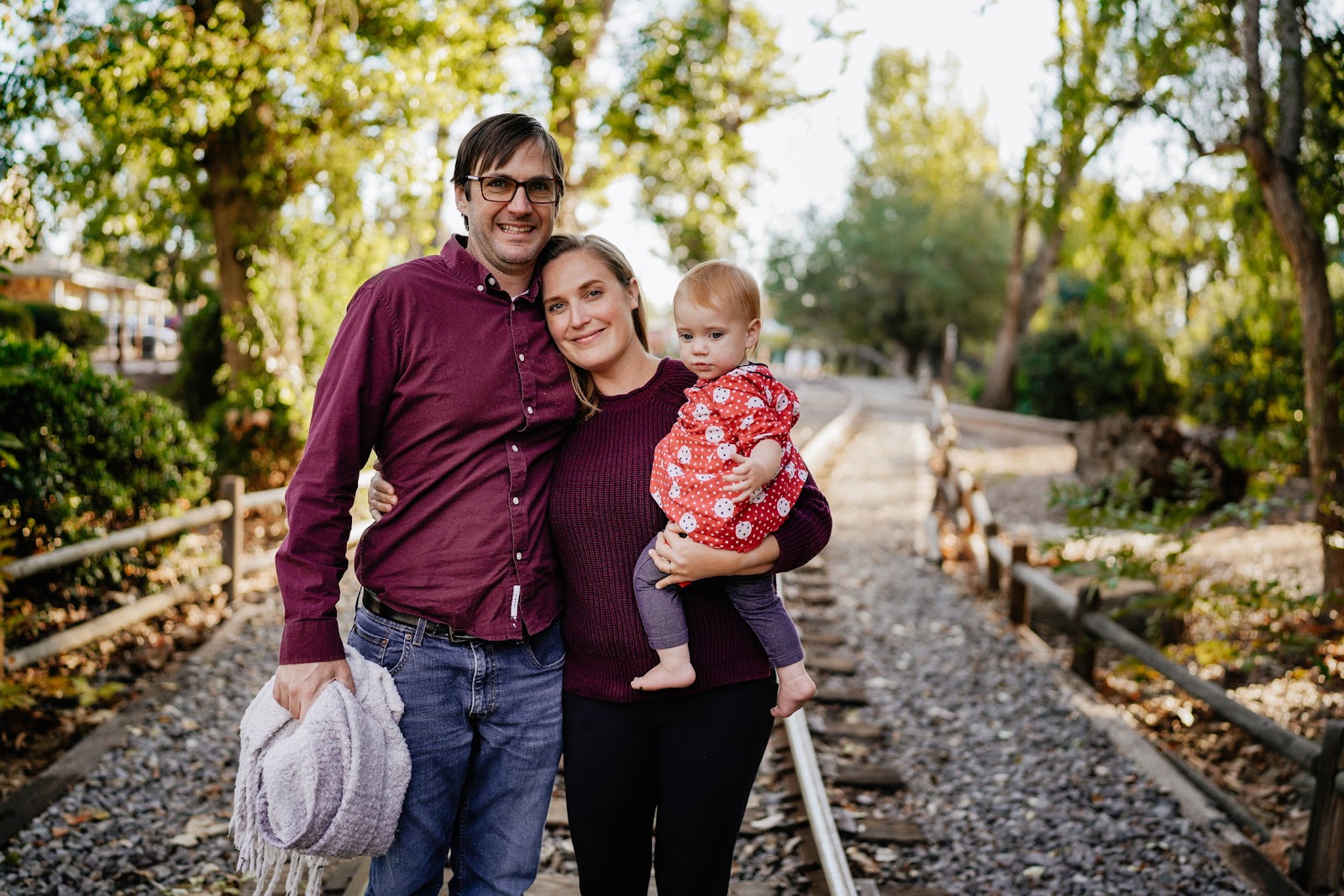 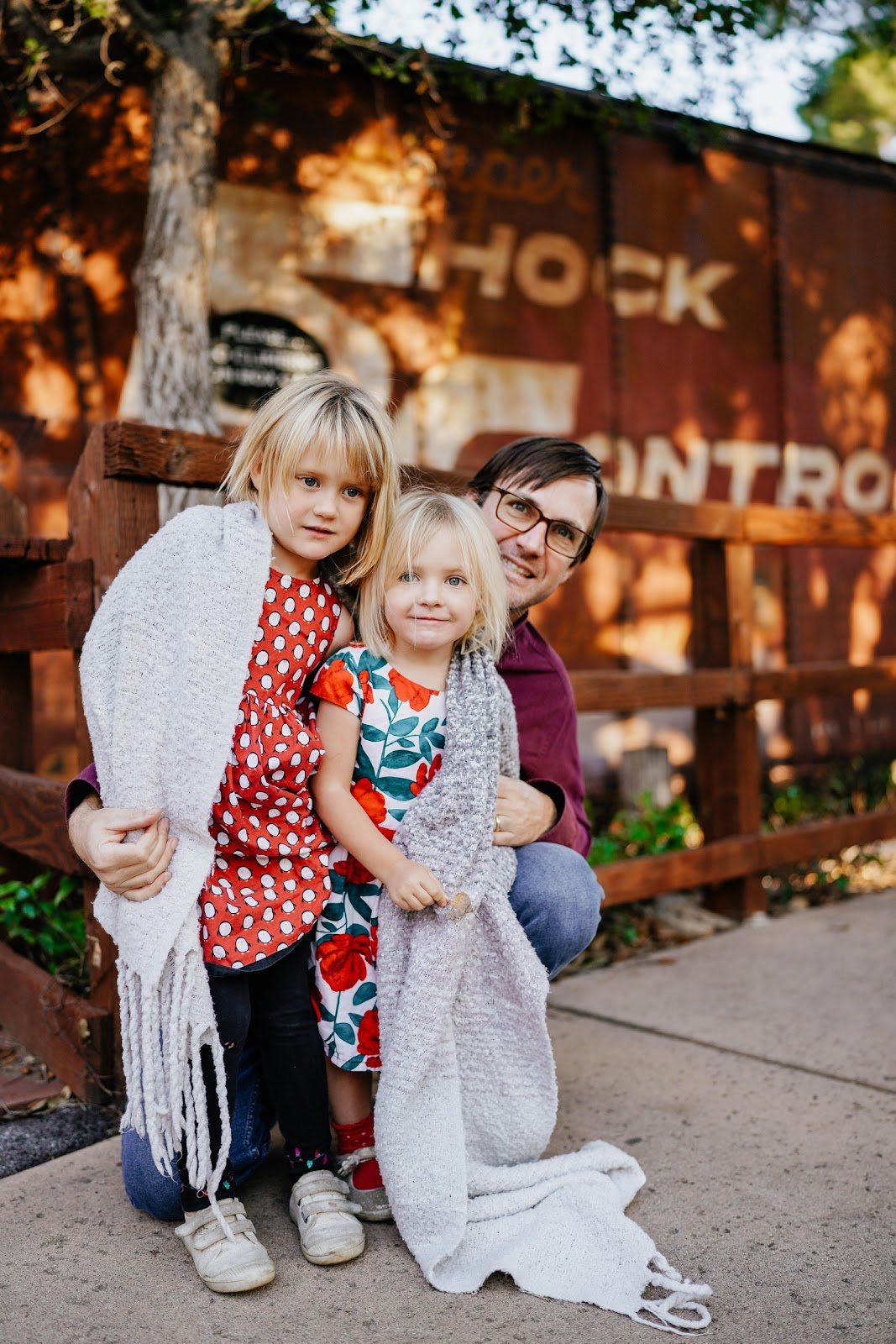 Posted by Terrell at 5:22 PM No comments:

Wow! We got to the elections center about 2:15 to find a line extending WAY out into the parking lot. We decided, as retirees, we can go anytime; no need to add to the congestion today; We'll vote tomorrow. It's great to see so many people out exercising their franchise.
Be sure you voice is heard.
You can vote today (Sunday) till five.
OR you can vote here (or at the Anthony Center near Garden Lakes School) any day Monday through Friday this week (Nov. 28-Dec. 2) 8 am-5pm. You are not likely to run into lines like this on a work day... though I wouldn't put it off till Friday.
Of course you could wait till Dec, 6 and vote at your regular precinct from 7 am-7 pm.
Why wait. Go ahead and plan your vote this week.

And please vote for Senator Warnock!

Posted by Terrell at 3:12 PM No comments:

Our great niece Vada celebrates her eleventh birthday this week. Since we could not be there then we celebrated with a mini-party during our Thanksgiving visit to Tallahassee. Vada seemed genuinely pleased with everything about it. Here are a few pictures. 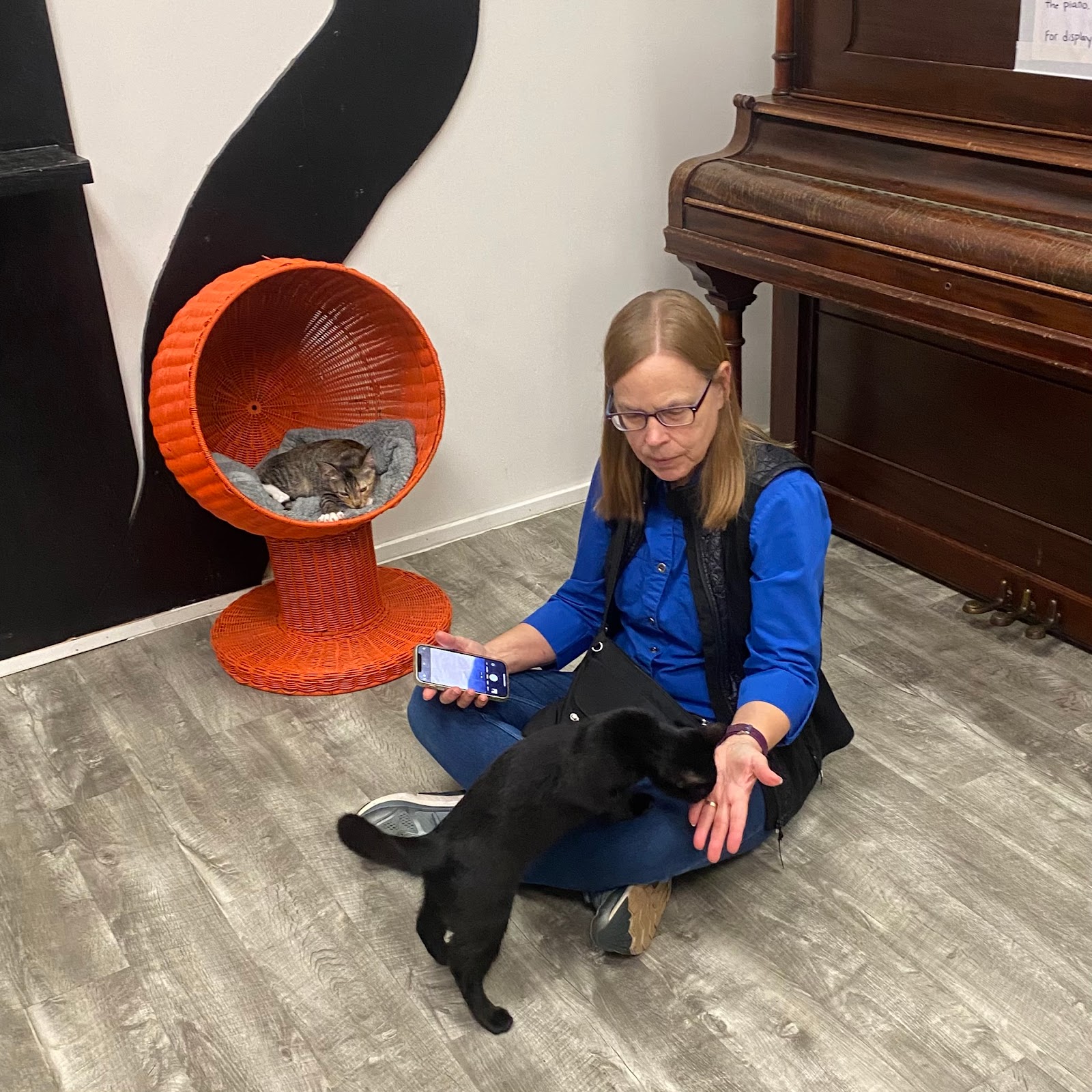 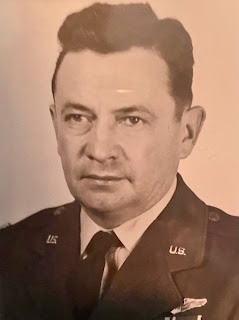 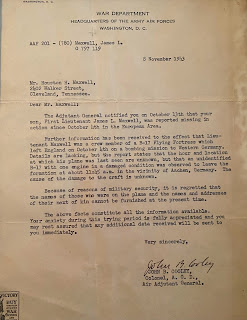 I can only imagine the anxiety experienced by my Mother and Father's entire generation. I have relatives and friends who have experienced similar anxiety in my generation and among the millennials in my family, but in the age of an all-volunteer military, that anxiety is not shared universally.

My sister-in-law Sally Maxwell Matthews keeps this photo of her father (whom Sheila and I knew) and this framed letter on a chest in the bedroom we used during our Thanksgiving stay.  Can you imagine receiving such a message as this concerning your son or daughter? Mr. Maxwell was held for two years in a German prisoner-of-war camp but survived the war and, we are thankful, lived to raise two daughters, one of whom is our beloved sister-in-law.

Just as today we have the authoritarian sympathizers who nevertheless shout "America First" there were Americans in the forties who used the same slogan while they supported Hitler and the Nazis. But others stood up for the real American principles of the Declaration, the Preamble, the Gettysburg Address, the ever-perfecting Constitution -- majority rule and minority rights.

So among the many things I must express thanks for -- on this holiday devoted to gratitude -- are young folks like Sally's Dad and mine who risked all to save the world from authoritarian rule. When I cast my vote today it will be done very seriously and in honor of these men and all who have helped preserve our very right to vote, so that "...government of the people, by the people, for the people, shall not perish from the earth."

Posted by Terrell at 1:49 PM No comments:

The Rome News Tribune used our Buffalo Bisons pictures from 1925 as their main feature article in today's paper.

Posted by Terrell at 9:24 PM No comments: