A picture on Facebook this morning reminded me of someone else, Sarah Colley. 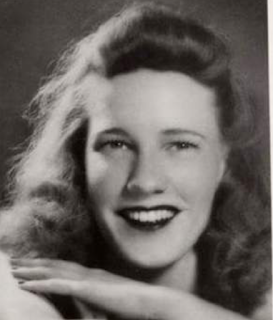 Sarah Colley used to travel around the country to help communities put on shows starring the children and other folks of the town.  She had graduated with a degree in theater and dance from the prestigious Tennessee school now called Belmont University and now she was putting that learning to use. In the early thirties Bibb Manufacturing brought her to Porterdale, Georgia, their mill town and home of little Sarah Ruth Baird. Quiet little Ruth was somehow coaxed to play the part of "Rita, the Bold Senorita" in the show that resulted.

Half a century later, Larisa Johnston (now Featherstone), one of Ruth's granddaughters, became part of the confirmation group at Brentwood United Methodist Church. Sarah Colley Cannon, was now a seventy- or eighty-something, and an active and highly respected member of that congregation in the suburbs of Nashville. 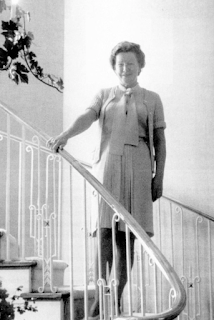 Sarah became Larisa's "Friend in Faith". If I remember correctly Larisa's confirmation mentor and prayer partner not only prayed for her and sent little notes of encouragement, but also arranged for her backstage tours of Nashville's Grand Ole Opry. (see comment from Larisa's mom, below.)

Of course, there is more to the story.

In between those two events involving Ruth and Larisa, Sarah Cannon, a smart, cultured, serious, and dignified person in her personal and church life became world-famous for hanging price tags on her hat, hollering "How-deeeee!" and pretending to be brash and plain.

As part of her theatrical efforts Sarah developed a comedy act filled with characters distilled from her Tennessee neighbors. She renamed her hometown "Grinder's Switch" after a tiny neighboring community, and she peopled it with lovingly lampooned "hillbillies" including her own alter ego: Minnie Pearl. 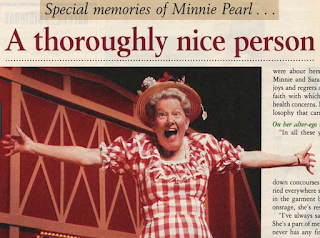 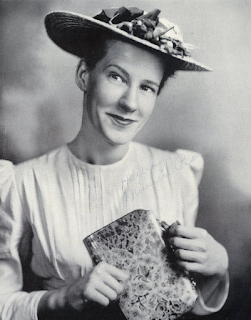 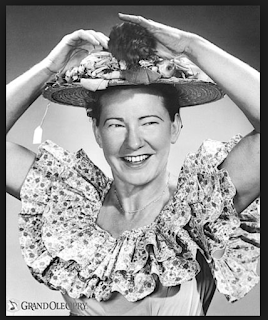 Others look at the pictures above and see a famous rube. I think also of a loving Christian, who faced terrible illness (breast cancer, double mastectomy, and stroke) and left a cancer-fighting legacy at the Sarah Cannon Research Institute, and also left an impact on the lives of two people "I love... so much it hurts!"

Do you suppose her work with the introverted preteen who would become my mother might have helped Ruth Baird Shaw, at least a little, to build the self-confidence that would later allow her to face widowhood, the horrible pain of trigeminal neuralgia, and aging, with the determination and dedication needed to build a new career as a pastor?

Do you suppose her willingness to mentor a young Christian helped my beloved little niece explore her faith and, perhaps, build the strength with which she would face, later in life, with heartbreak but dogged determination and great courage, the reality of her young daughter's battle with leukemia? (And Larisa with her daughter Lily and other family members and friends would build their own legacy by establishing Lily's Garden.)

I love Minnie Pearl, but there was a lot more to Sarah Colley Cannon than a dangling pricetag and that cheery "How-deeeee!" and tagline: "I love you so much it hurts!"